I was excited the other day when the 6.0 update finally arrived for my Model S. This was the third software update i’ve received in less than 5 months of ownership. While many of us owners are impatient for updates we have to keep in mind what it was like on our prior cars — I didn’t get a software update in 7 years of Acura ownership!

I’m going to be working my way through some of the new functionality in detail, and I figured i’d start with something that has gotten quite a bit of press, yet is missing from the 6.0 release notes — Keyless Driving. 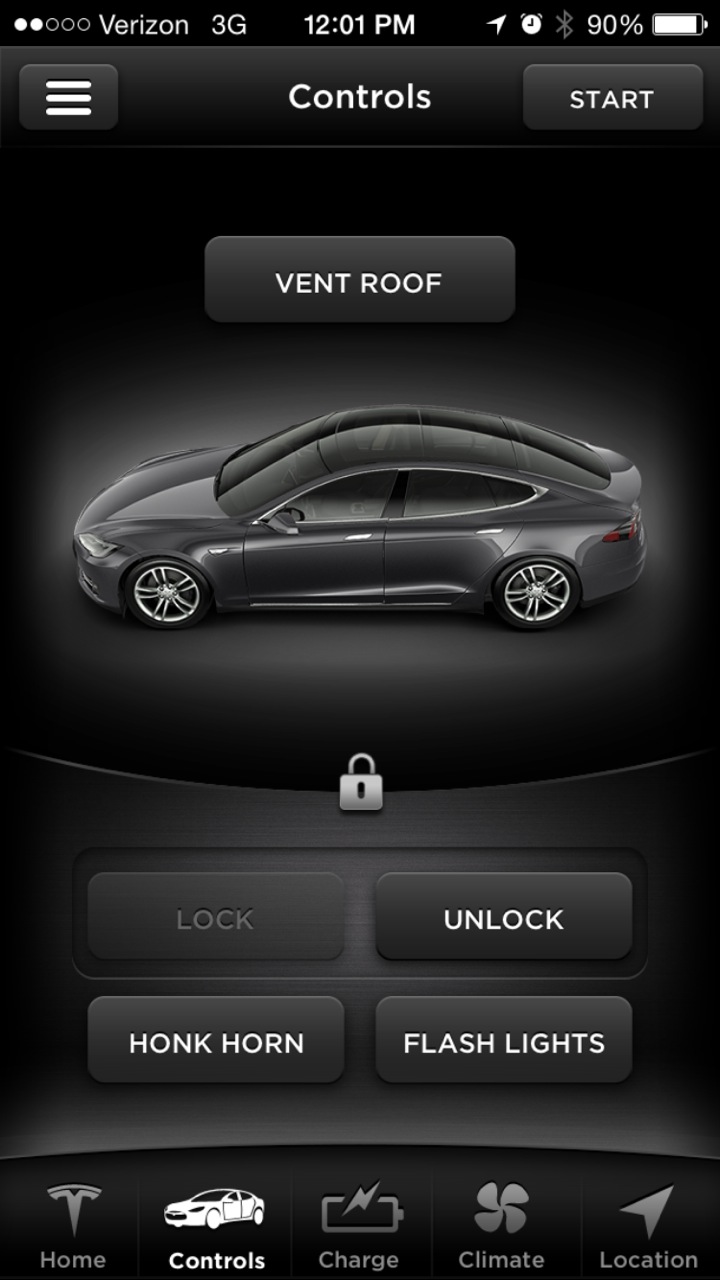 Keyless driving is a feature where you can start and drive your Model S without your key FOB. All you need is your smart phone and connectivity to the internet for both your phone and the car.

The process is pretty simple, bring up the app and select controls. There’s a new “Start” button in the top right corner. Press that to begin the process.

This part is annoying for a number of reasons: 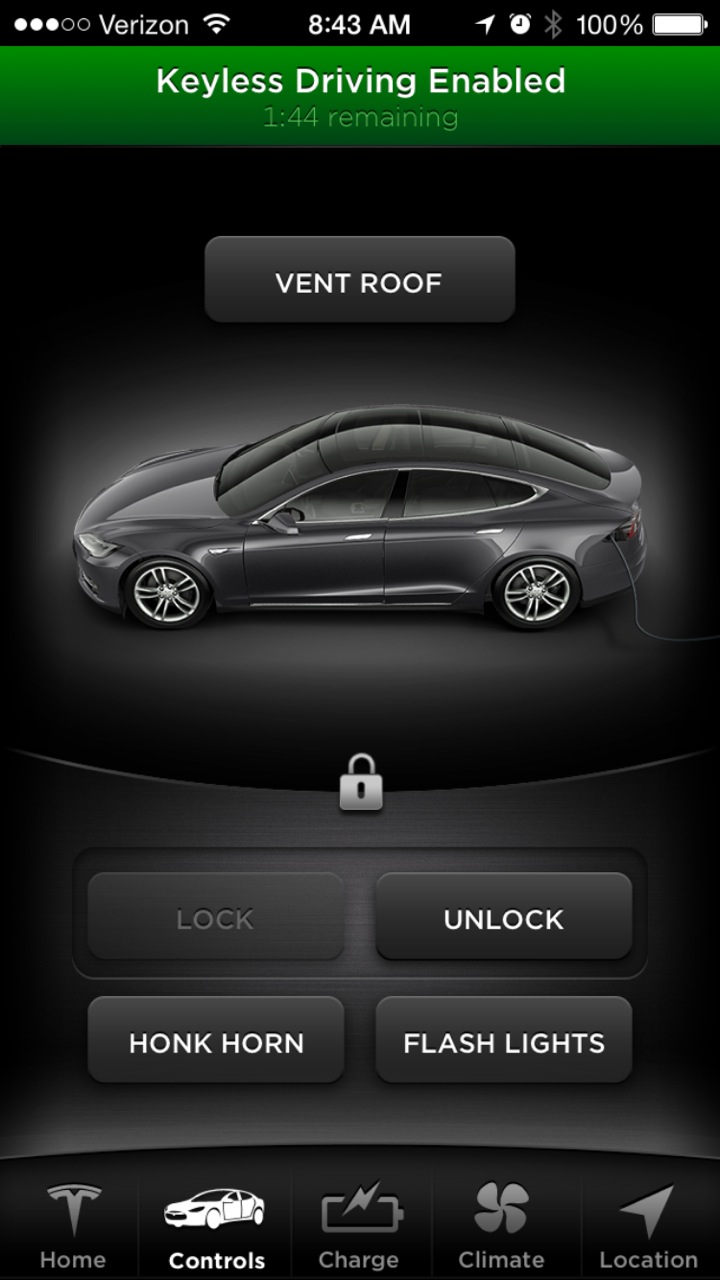 Once you get past this prompt you have 2 minutes to get in your car, put your foot on the brake and shift into drive. If you don’t do that within the time period it reverts back to acting as if the FOB is not present. Note that once you enable keyless driving from the app, you cannot cancel it. You have to wait out the 2 minutes.

The app and the car both have helpful indications indicating keyless driving is enabled. Another important point to note is that enabling keyless driving does not unlock the car and without the car unlocked you can’t get in and put your foot on the brake, etc.

Tip: Don’t forget to unlock the car too when using keyless driving to save time when you get to the car and the doors won’t open.

If you enable keyless driving and then change your mind, just make sure your doors are locked and you’ll be pretty safe. I say pretty safe because if someone smashes the window when keyless driving is enabled they can steal your car.

Warning: If keyless driving is enabled your car can be stolen even if locked.

To prove this I rolled down the drivers window, locked the car, walked away and enabled keyless driving. I then went back to the car (without my FOB) and climbed in through the window without unlocking the car and put the car in drive and was able to drive away. I think Tesla should allow keyless driving to be cancelled once initiated as long as the car hasn’t yet started. This is an oversight. 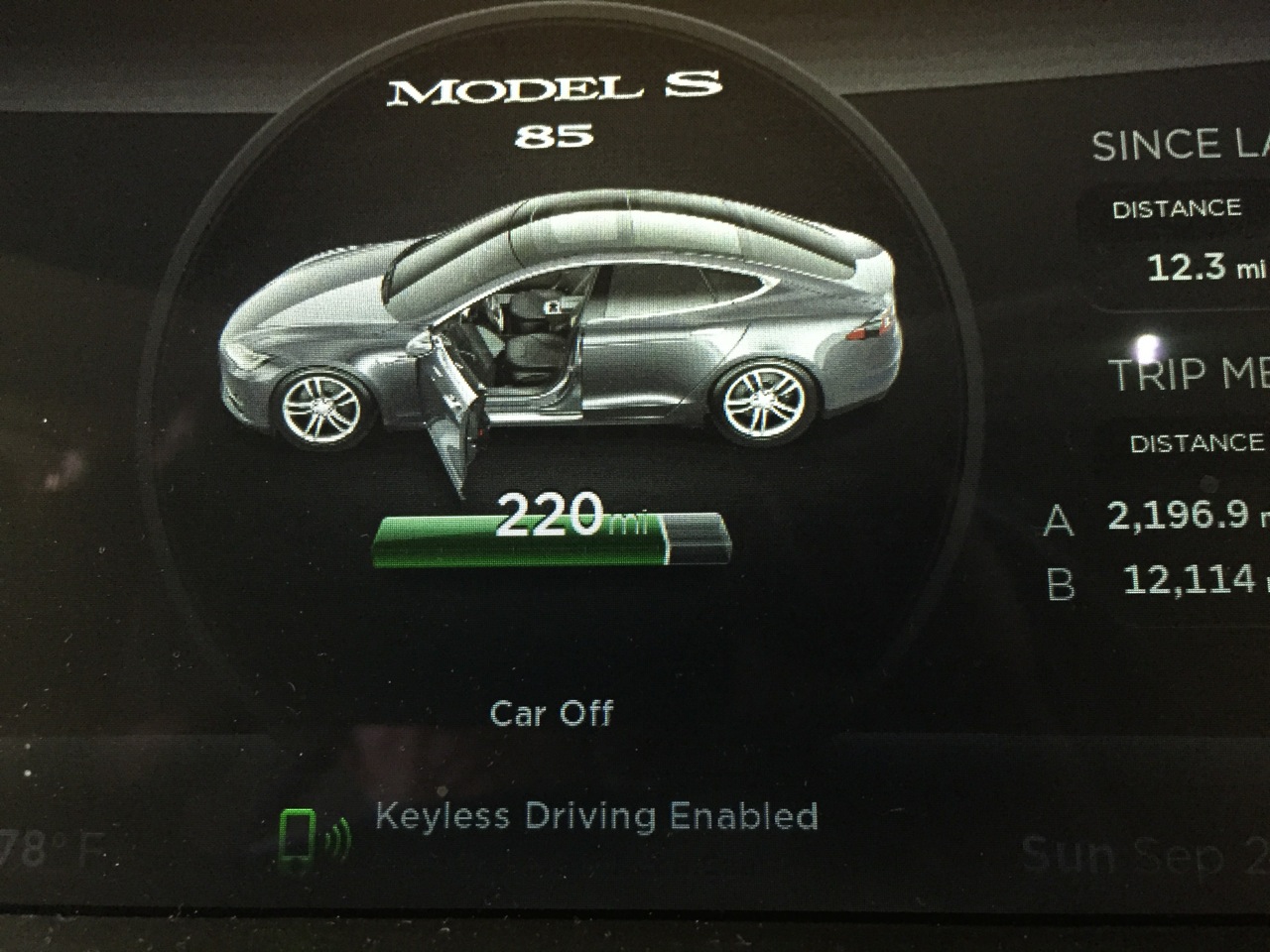 Another thing that may not be obvious at first is that after you drive somewhere with keyless driving and you walk away from the car the car locks immediately on exit if you have auto-lock enabled. The reason is that the keyless driving function cancels once you put the car back in park and the FOB is not present so the doors lock immediately. If you left your phone in the car you’re now stuck without your phone or a car.

Tip: With auto-lock your car will re-lock itself very quickly when you put it in park after keyless driving. Make sure you have your phone with you! 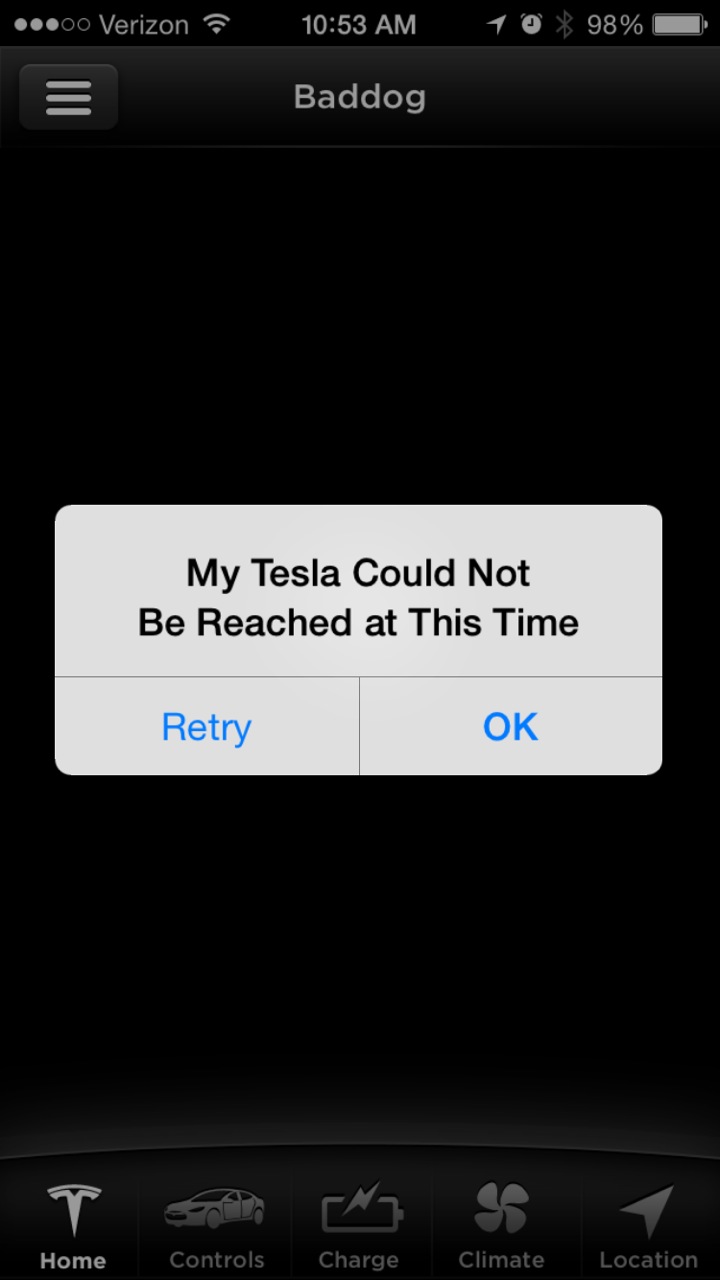 Today my plan was to go FOB-less the entire day and experience keyless driving in the real world.

My first trip was to Dunkin Donuts (of course) and everything worked as described above. It was a round trip through the drive through so no restart was necessary and it went off without a hitch. It was liberating not to have to carry the key around with me and I was starting to imagine life without a FOB.

The next trip was supposed to be to Church. But the app wouldn’t connect to TeslaMotors.com. I tried several times from both my iPad and iPhone over a period of 10 minutes and couldn’t get it to connect. I had somewhere to be so I ran and grabbed my FOB and was off. This was a keyless driving failure.

One thing to check is that your power management features are set correctly on your car — I had all these in the “most responsive” configuration (only sleep at night, always connected which are both new 6.0 features too) and it was responsive when it worked but didn’t help with the failure case.

Tip: Make sure your car’s power management is set for best responsiveness.

This experience pointed out a few things:

Thats a lot of points of failure with all of them mostly out of your direct control. What if that mall you’re heading to has terrible coverage? What if the Tesla servers are taking a denial of service (DoS) attack at the time you need to start your car? Without the FOB you’re out of luck in these cases.

My next planned trip was to a place further away from home. I had nobody to pick me up if things went wrong and I didn’t want to call Tesla on a Sunday complaining that I couldn’t get home due to this new feature. I was disturbed enough by the previous failure that I went on my way with the FOB comfortably in my pocket.

The Tesla FOB is a lot smaller than my old Acura key and it doesn’t need the Internet to work. While I lost some precious pocket space thanks to my new iPhone 6, I think the FOB is enough progress for me for now.